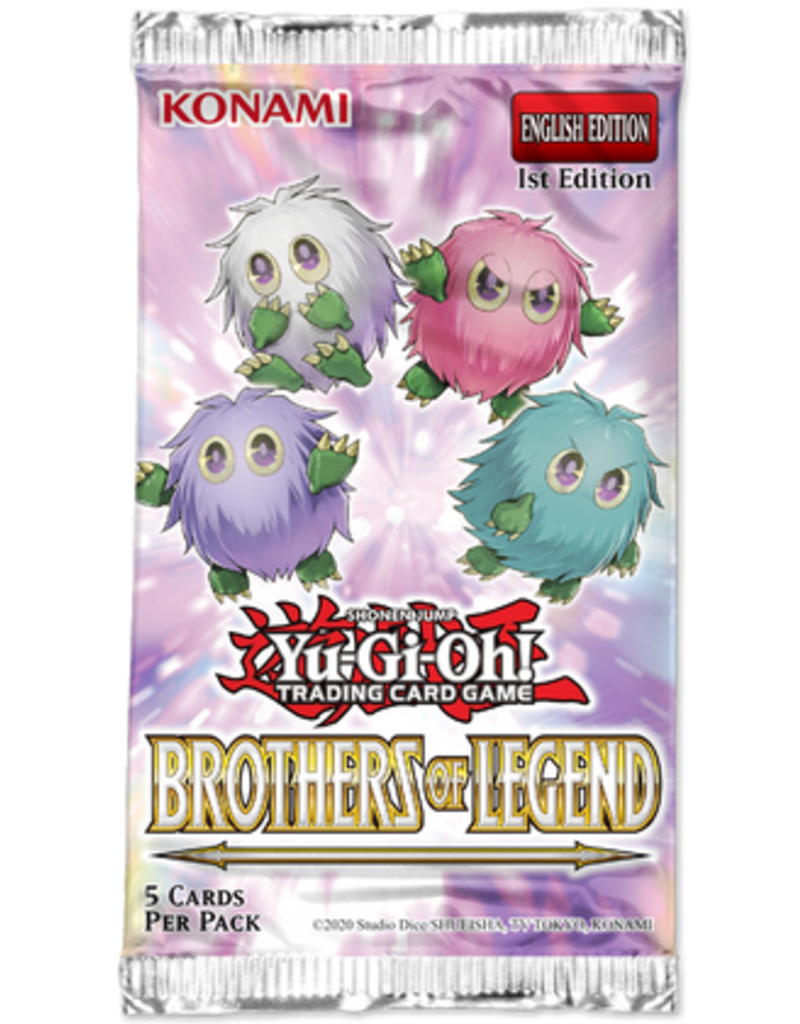 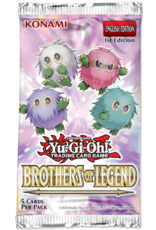 Brothers of Legend enters the fray this Fall! Multiply your fun with this all-foil booster set that introduces never-before-released cards from the first 6 Yu-Gi-Oh! animated series into the Yu-Gi-Oh! TRADING CARD GAME. Brothers of Legend features cards from Yugi, Zane Truesdale, Syrus Truesdale, Sherry Leblanc, Yuma, and more! Here is a quick look at what Duelists can expect:
• Yugi’s Kuriboh Brothers are finally here! Kuribabylon and Five Star Twilight allow you to fill your field with “Kuriboh” monsters. Need an easy-to-Summon Level 5 monster to Tribute for Five Star Twilight? Joker’s Knight from King’s Court is a great fit!
• Duelists who built or updated their Utopia Deck with the cards from Lightning Overdrive and King’s Court will be thrilled to find even more cards to power up their Deck, including a new form of Utopia Ray and new cards to equip it with!
• More of Sherry LeBlanc’s cards from Yu-Gi-Oh! 5D’s make the jump from the screen to your Deck! Combine them with the “Fleur” cards from Legendary Duelists: Synchro Storm to maximize their potential.
• Empower your @Ignister Deck with brand-new cards that Special Summon monsters and help you dominate the field. If you haven’t tried this strategy yet, many of its basic cards will be available in the 2021 Tin of Ancient Battles Mega-Packs!
Brothers of Legend has nearly 60 new cards in all as well as more than 30 returning cards, including another chance to obtain the tournament mainstay, Forbidden Droplet!
Each 5-card pack contains 4 Ultra Rares and 1 Secret Rare.